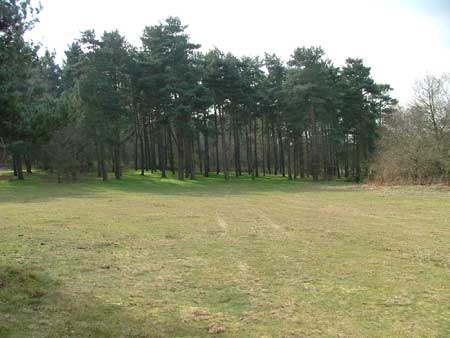 This year we will be having a week long summer camp in the heart of Robin Hood country – Sherwood Forest.  Walesby Forest Scout Camp is situated 10 miles north east of Mansfield in Nottinghamshire. The journey will take between 2 and 3 hours from Linslade. The site comprises of 250 acres of woodland and parkland, with lots of large open grassed areas for camping. We had a very successful camp at Walesby in 2006 and it really is a stunning location. We have booked the same pitch we had last time, which is gently sloping with a mixture of trees and gorse surrounding. We will be a short 2 minute walk away from one of two toilet blocks with hot water and hot showers. END_OF_DOCUMENT_TOKEN_TO_BE_REPLACED

Eight Scouts and their leaders had a great time at winter camp at Gilwell Park in Essex, amongst 2500 Scouts and Explorers, and lashings of mud!!

Our District contingent numbered about 50 Scouts and Explorers. All busied themselves on Saturday taking part in activities around the park, such as laser clays, quasar, zorbing (rolling down an inflatible slope strapped inside a big plastic ball – great fun allegedly!), robo-gedden, archery, high ropes, quad biking, crate stacking and loads more.

The weather was kind to us, except for Friday morning when the leaders were setting up camp and pitching tents – typically the rain stopped as soon as the tent were up!  Saturday was mostly dry, with blue sky and sun making an appearance at times. We managed to get all the tents put away dry on Sunday – which was a big bonus.

We all ate very well thanks to our new “field oven” and our superb catering crew – big thanks to them. We had shepherds pie, beef stew and dumplings, and the most amazing bread and butter pudding!

Thanks to all leaders that helped to make this one of the best winter camps so far.

As usual leaders were heard saying, as the rain lashed down (and I mean really lashed down) on Friday morning, and while squelching through many inches of liquid mud – “we’re definately not going next year” – but watch this space……….

More photos in the gallery.